Never Give Up: How To Raise A Persistent Child 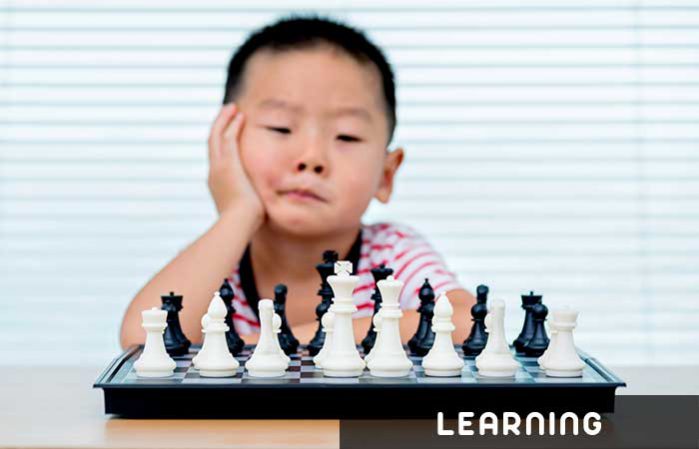 It’s a phrase that captured the world’s attention earlier this year, during a contentious confirmation hearing for the next US Attorney General. While Senator Mitch McConnell had intended the phrase to castigate Senator Elizabeth Warren, who was trying to speak against the confirmation, it instead became a rallying cry for feminists and other supporters of the progressive Senator.

What McConnell didn’t know, and what many educators do, is that persistence is not a sign of bad character, but instead one of the most important factors when it comes to success. Yes, luck does play a part, as well as innate qualities such as intelligence or strength, but persistence is truly what sets a successful person apart.

Educators Art Costa and Bene Kallick named persistence as one of their 16 Habits of Mind, defining it as the ability to “stick to it. See a task through to completion, and remain focused.”

To begin with, talk to your child about what persistence looks like. There are plenty of stories about people who have persisted, and succeeded despite the odds. For toddlers and pre-schoolers, try the The Little Engine That Could, with its famous mantra of persistence: “I think I can, I think I can, I think I can.” Older children will enjoy reading Aesop’s Fables – the Tortoise and the Hare as well as the Crow and the Pitcher are tales that will demonstrate the value of not giving up.

As your child matures, help to deepen his appreciation for what persistence means. After all, it can mean so much more than just not giving up. Tell them stories about famous people who have defied the odds. Think about Hong Kong star Jet Li, who grew up in a struggling household after his father died when he was just two. Or consider famous actress Michelle Yeoh, who was on the cusp of ballerina stardom until she injured her spinal cord. Manny Pacquiao was once a runaway who slept rough in the streets. K-pop superstar Rain was rejected over and over again by record labels because of his monolids – he responded by training even harder and eventually signed with JYP Entertainment. He never got the eyelid surgery either.

Here are some other ways to help your child become more persistent:

Think about the subconscious signals you are sending to your child
Do you ask him about what work he’s finished? That sends the message that finishing is what’s important. Instead, ask if he got stuck, and what he did to get unstuck. Doing this recognises his efforts to learn instead. At the end of the day, the kids who become effective at overcoming difficulties are the ones who are more likely to become more successful.

Encourage a growth mindset, instead of a fixed mindset
This means teaching your child that their innate abilities can be developed, that mastery is dependent on effort not ability. Carol Dweck, Stanford psychologist, encourages parents to try using these phrases “The point isn’t to get it right away. It’s to grow your understanding step by step. What can you try next?” or “That feeling of maths (for example) being hard is the feeling of your brain growing.”

At the end of the day, persistence means “being aware of and acknowledging reality, anticipating resistance, and expecting, from the outset, the need for support”, as Costa and Kallick would say. Or in the immortal words of the playwright Samuel Beckett: “Ever tried. Ever failed. No matter. Try again. Fail again. Fail better.”

This article was first seen on goguru.com

This is part one of a 16-part series about Habits of Mind. Follow the series here.